What are Free Trade Agreements (FTAs)? 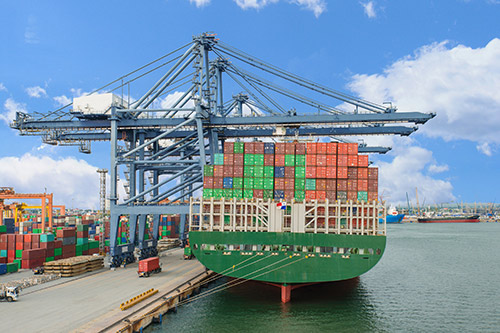 Free trade agreements (FTAs) are reciprocal agreements used by groups of two or more countries to liberalise trade between them, for example, by reducing tariffs and non-tariff barriers on goods and requiring market access for suppliers of services. FTAs are permitted by the World Trade Organization (WTO) as an exception to the most-favoured nation (MFN) treatment rule if they meet certain requirements.

FTAs have grown rapidly over time both in terms of numbers and in their scope and coverage. This trend has accelerated particularly as a result the failure of the Doha Development Round negotiations at the WTO since 2001. With little prospect of further progress at the multilateral level, WTO members have increasingly turned to FTA negotiations as the principal means to liberalise trade.

FTAs are used by groups of two or more countries to liberalise trade between them. Increasingly, they also cover matters not related to trade.

An FTA must eliminate tariffs on substantially all the trade between the parties. This allows some tariffs to be retained on particularly sensitive products. FTAs will also typically seek to limit any other customs fees and formalities in accordance with Article VIII of the GATT 1994 (for example, see Article 2.16 of the Agreement between the United States of America, the United Mexican States, and Canada (USMCA)).

Tariff reductions on particularly sensitive products may be implemented in phases over a specified period. For example, in the EU-Japan Economic Partnership Agreement (EU-Japan FTA) some tariff reductions are implemented in equal annual instalments over a set number of years (see Annex 2-A, Part 2, Section A, EU-Japan FTA). This allows industry some time to prepare for and adjust to the impact of the reduced tariffs. The GATT 1994 allows for phased reductions of this kind if they take place within a “reasonable period of time” (Article XXIV:5(c), GATT 1994), which should exceed ten years only in exceptional cases (paragraph 3, Understanding on the Interpretation of Article XXIV of the GATT 1994).

Some FTAs may also provide for tariff rate quotas (TRQs), under which a certain quantity of a particular good will be subject to a lower (or zero) tariff rate, following which a higher rate will be applied. TRQs are commonly used for agricultural products.

When making commitments on tariff reductions, negotiators will usually use the “HS Codes” of the Harmonized Commodity Description and Coding System as the starting point to classify goods (see WCO: Nomenclature and Classification of Goods).

Some goods will originate entirely in the territory of one of the parties to the FTA, including natural goods grown in the territory and products manufactured entirely from those goods. These are referred to as “wholly obtained” or “wholly produced” goods and will be treated as originating (for example, see Articles 3.2-3.3, EU-Japan FTA).

Many other goods will be less straightforward, for example, because the manufacturing process includes contributions from several different countries. The general approach to determine the origin of such products is to identify the place where the last “substantive transformation” of the product took place. There are several different methods that may be used to assess this, including:

FTAs often also include de minimis or “tolerance” provisions, under which products that do not meet the usual substantial transformation test may still be considered as originating if the non-originating inputs constitute less than a minimal level (often around 10%) of the value of the good (for example, see Article 4.12, USMCA, and Article 3.6, EU-Japan FTA).

FTAs may also provide for different types of “cumulation”, under which goods from other countries may be treated as originating in the territory of an FTA party in certain circumstances. The advantage of cumulation is that it allows manufacturers to use inputs from other countries without losing preferential treatment for their exports.

On 28th February, 2022, the Bank of England, announced the UK Government’s intention to take further restrictive economic measures in response to the invasion of Ukraine by Russia by targeting...
Read more

On 31st January 2022 the UK Foreign Secretary Liz Truss announced new legislation in Parliament to extend the UK’s sanctions regime in response to Russia’s aggression against Ukraine. Russia has...
Read more
Your choice regarding cookies on this site

Some cookies are essential, whilst others help us improve your experience by providing insights into how the site is being used. The technology to maintain this privacy management relies on cookie identifiers. Removing or resetting your browser cookies will reset these preferences.